NetEnt’s Dead or Alive isn’t for the faint of heart or those with shallow pockets. Despite its low bet range, the slot is known for its brutal volatility and elusive bonuses. 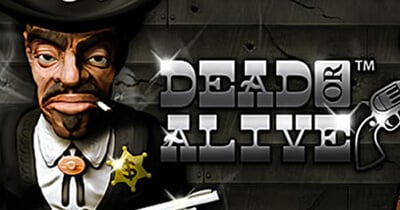 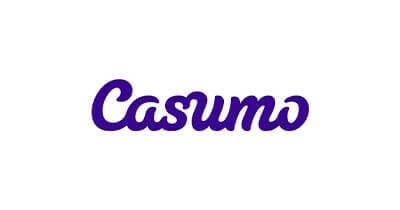 If you want to find out more about this thrilling slot and where you can play it, keep reading our Dead or Alive slot review.

Not only will we tell you about where to play Dead or Alive, but we’ll also tell you more about the different gameplay mechanics that made this such a thrilling and rewarding game.

Dead or Alive Symbols and Payouts

DOA is a standard 5×3 reel slot featuring nine paylines, wilds, scatters and free spins. It’s a popular game, and for good reason; even though it’s difficult to trigger big wins, you’ll be well rewarded if you wait long enough.

For our Dead or Alive review, we’ve covered the various symbols, the volatility, RTP, and hit frequency. Keep reading for everything you need to know about hunting down the bad guys and scoring the most significant rewards in the west!

There are ten symbols in total, and all of them fit well into the slot’s wild west theme. The ten, jack, queen, king and ace icons look like stamped and riveted metal. The highest value of these is the ace, awarding just over 11x your stake for a combination of five or more.

The higher value symbols start with the whiskey shot, followed by the spurred boots, cowboy hat, pistol belt and the sheriff badge. For five or more of these, you’ll get a whopping 1,111x your stake!

There’s also a scatter symbol. Three or more of these will trigger the free spins bonus round, awarding 12+ free spins. However, getting a combo of five of these crossed pistols can net you a win that’s 2,777x your wager.

Finally, you have your wilds. Wanted posters represent these symbols, and they’ll substitute for most other icons, apart from the scatters.

If you’re curious about the different symbol values, check out the table below. Aside from the standard ten through ace, you’ll also encounter various knickknacks from the old west.

The minimum wager value is 0.09, which means you don’t need much to get started. However, the maximum bet goes up to 18, so you can still walk away with a good win, especially if you manage to trigger the free spin round.

The Dead or Alive RTP might seem reasonable and comes in just above the industry standard at 96.82%. However, DOA has notoriously high volatility, making it hard to trigger any free spins or big wins. During testing for our Dead or Alive review, we spun the reels five hundred times and managed to enter the bonus round four times.

In this slot, it’s the free spins that are the most rewarding, especially with their 2x multiplier. Unfortunately, the low hit rate means that you’ll need to have quite the bankroll to finance your spins. In fact, we barely broke even after our tests so things might go either way. In the end, it all depends on the luck of the draw!

Dead or Alive Jackpot and / or Maximum Win

DOA doesn’t have any jackpots, money prizes or respins. Instead, the game makes you work for every single win, and you’ll need a bankroll to finance your western adventure. That said, you do get a 2x multiplier during the free spin bonus round, giving you a little extra boost.

The maximum win during the base game is 3,000x. That said, if you do manage to strike gold, you can win up to 12,000x your stake during a round of free spins!

With DOA, it really does come down to luck, so make sure you’ve set your limits before you start spinning the reels. You might just run out of ammo before you get your man!

Dead or Alive is packed with features and in our Dead or Alive review, we took a closer look at the various characteristics that make this such a fun and popular slot.

Wilds are not the only features that populate the base game. As a player, you will come across sticky wilds and multipliers too, as we shall see down below!

There’s no way you can miss these wilds. Although suspiciously blank during the base game, it’s easy to spot the Wanted, Dead or Alive posters on the reels. These unfurling scrolls can substitute for all other symbols, except for the scatter.

If you trigger a poster, the ‘Wanted’ title turns into a big ‘WILD’ instead, and the mysterious outlaw will blow the smoke from his pistol.

Sticky wilds only appear during free spins. Like the regular wilds, the symbols are wanted posters. However, instead of being blank, you’ll now spot a few named bad guys. There’s Belle Starr, Apache Kid, Delia Rose, Jesse James and Billy the Kid.

If you get a sticky wild on every reel during the bonus round, you’ll get an additional five spins.

DOA doesn’t make it easy to trigger the free spin rounds, but it does try to make it a little more rewarding. Once your spins run out, all your winnings are doubled! Unfortunately, these are the only multipliers in the game.

The game’s free spins are awarded in sets of twelve, and to get them you need at least three scatters to fall on the reels. You’ll spot these symbols easily; they’re the crossed pistols that tempt you with the sound of gunshots every time they trigger.

The scene will change slightly if you enter the bonus round, and you might feel like you’re sitting at a remote corner in a saloon bar. The honky-tonk music will play in the background as the reels tumble, and you could get more free spins if more scatters fall on the reels.

Take advantage of sticky wilds and a 2x multiplier and, if you’re remarkably lucky, you could walk away with a win that’s 12,000x your stake.

The game’s design is relatively simple, but it captures the heart of the west really well. You’ll see little but a desert background, with a lone wind pump and a swinging lantern to show that there’s life.

The slot’s themed design and loud sound effects only highlight the lacklustre soundtrack. Aside from the occasional whistle reminiscent of old wild west movies, a few creaking boards, rustling tumbleweeds and a hungry crow, you won’t hear much.

There’s no music, even if you spin the reels. The most exciting sounds you’ll hear are the snap of the whip if you open any of the information screens, the gallop of the reels and the deafening noises that play when you win.

That said, the soundtrack does evoke a certain feeling of loneliness. It captures the emptiness of the desert quite well, and you might just get swept up in the atmospheric sounds.

The only time that changes is during the bonus round. Once you’ve triggered free spins, the track changes to typical saloon music, with a slightly livelier but still subdued tune.

Other Slots to Play If You Like Dead or Alive

There are many exciting slots with western themes, so there are plenty of alternatives to DOA. You might want to start by trying out Dead or Alive 2; it has many similar features and a few thrilling new ones.

Other options include Pragmatic Play’s Wild West Gold and Western Gold from iSoftBet. If you want to enjoy a few fun bonus games, you could also try out Gluck Games’ The Good, The Bad, and The Ugly.

Dead or Alive is extraordinarily volatile, and it doesn’t give up the gold easily. However, if you’ve got the time and the purse, you can have a lot of fun spinning those reels. With free spins, wilds and sticky wilds, multipliers and more, there’s certainly a lot to enjoy.

Keep in mind that this isn’t a slot for the faint of heart. However, if you’ve got nerves of steel and you’re ready to brave the wild desert, you might just get lucky!