Heavenly-themed Apollo Pays Megaways slot is powered by the inventors of the Hold & Win Feature - Big Time Gaming. See how this feature is used in the Apollo Pays slot to generate 117,649 Ways to Win. 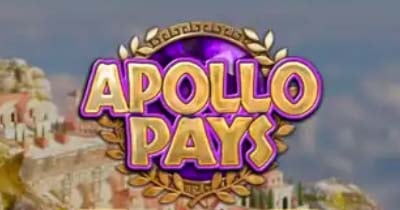 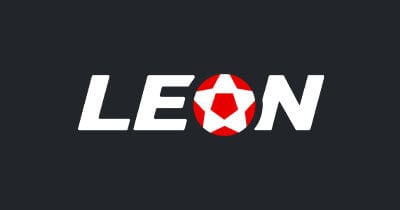 The sky is always blue in the heavens above – and Apollo Pays Hold and Win slot reminds you just of that. This celestial-themed slot is powered by one of the giants in developing the best slots – Big Time Gaming.

The numbers of reels are 6 but since they are Megaways reels, the number of rows fluctuates with every spin – for Apollo Pays it’s between 2 and 7.

Check out how Apollo Pays slot offers some of the best gaming experiences – with bonuses that can go up to 116,030x your stake.

How we tested Apollo Pays?

We at India Casino have our own experienced gamers who take several rounds at every slot game we review. As we do so, we test the following criteria – these reflect the best features that casino players look out for when choosing a game.

Issued in 2022, Apollo Pays is one of the newest slots and it’s already becoming a favourite because of its thrilling features such as Hold and Win, Megaways and powered by the most high-end visuals around.

Where can you play it?: We have hand-picked not only the best online casinos in India that offer this game but also the ones that offer good offers and promos to their players.

The high-paying symbols total up to 4 and are represented as Violet, Red, Blue and Green-coloured gems.

Apollo pays features a total of 6 reels – however, these are not fixed. Why? The reel is a Megaways reel, meaning that the number of reels changes during Respins.

The paylines for Apollo Pays feature 117,649 Ways to Win and the winning combination moves from left to right in an adjacent direction.

The Autoplay option is for those players in India who prefer a more random gaming experience. You can spin through Autoplay for up to 100 consecutive games. You can halt the Autoplay function anytime – through the STOP function.

Apollo Pays can be classified as a high RTP slot compares to other slots in India – featuring a Return to Player amount that ranges between 96.51% and 96.56%.

For the new casino players, what RTP (Return to Player) means is the percentage amount returned to players from their original bet. This percentage is given back to players once they land wins, So if for example someone bets ₹1,000 with a 95% RTP, then if the player lands a win, they will get ₹950 back from their win.

The counter % amount is called the House Edge and features the minimum amount of profit the online casino makes from the winnings.

Apollo Pays ranks high even in this category – featured as one of the highest slots in volatility. High volatility means winning possibilities and winning amounts are higher than usual.

Apollo Pays features no Jackpot – but the maximum winning possibilities it offers make up for it.

There is a maximum win at the base game level that offers a pretty decent win of 26,900x your wagering amount. Then there is the bonus game round that can feature a maximum win of 116,030x your stake.

Apollo Pays is mostly known for its Hold and Win Respins feature that can trigger multiple consecutive wins. The wild and the scatter symbol play a big part to trigger those features.

We shall explain all the relevant details below.

The Wild works in no mysterious ways and is pretty straightforward – once its lands on reels 2 to 5, it acts as a substitute and triggers a payline and starts increasing your winning multiplier.

The main highlight of the Apollo Pays Megaways slot is the Hold and Win feature and it’s becoming a favourite amongst players in India. It goes by its name – this feature describes how when there is a winning combination, some reels are ‘held’ or ‘locked’ whilst the rest of the reels continue spinning and generate more wins.

What is most enticing about this feature is its unpredictability – the amount of respins can go on for an indefinite amount of time and all the while, further paylines are triggered to land the player more wins.

Free Spins is one of the most loved features in a slot game, and the best slots do feature it.

In Apollo Pays it also takes the Hold and Win feature, where through the landing of precisely 3 harp scatter symbols, the player will get 10 Free Spins.

Just like in the Hold and Win Respins feature, the more scatters you land, the more Free Spins are triggered.

The game does not have a Bonus Buy Feature.

Big Time Gaming is not just the inventors of the Hold and Win feature, but they are also the creators of highly visual slots – Apollo Pays is definitely one of their best examples.

The high-end visuals and the relaxing sound that accompanies the opening screen of this celestial-themed Megaways slot is one of kind. The music moves with the climax of the game, so the player can feel instantly immersive with both the theme and what’s happening in the game.

Solutions if you have any issues whilst playing Apollo Pays

Even the mighty go berserk sometimes. If you experience any technical issues whilst playing Apollo pays, just contact the online casino you’re playing it in, and they will handle it with care. Worry not – the customer care team will make their best so your game is retrieved. If that’s not possible, no money will be lost.

The game features high-end sound and graphics, making it an immersive gaming experience for casino players in India. Also, the Hold and Win Respins and Free Spins make up for thousands of ways to win. The symbols are also pretty straightforward in their role and value, making it also an easier game to play compared with other slots.

If you like the celestial, the almighty or the mysterious, you can be indulged by other slot games that also offer top features.