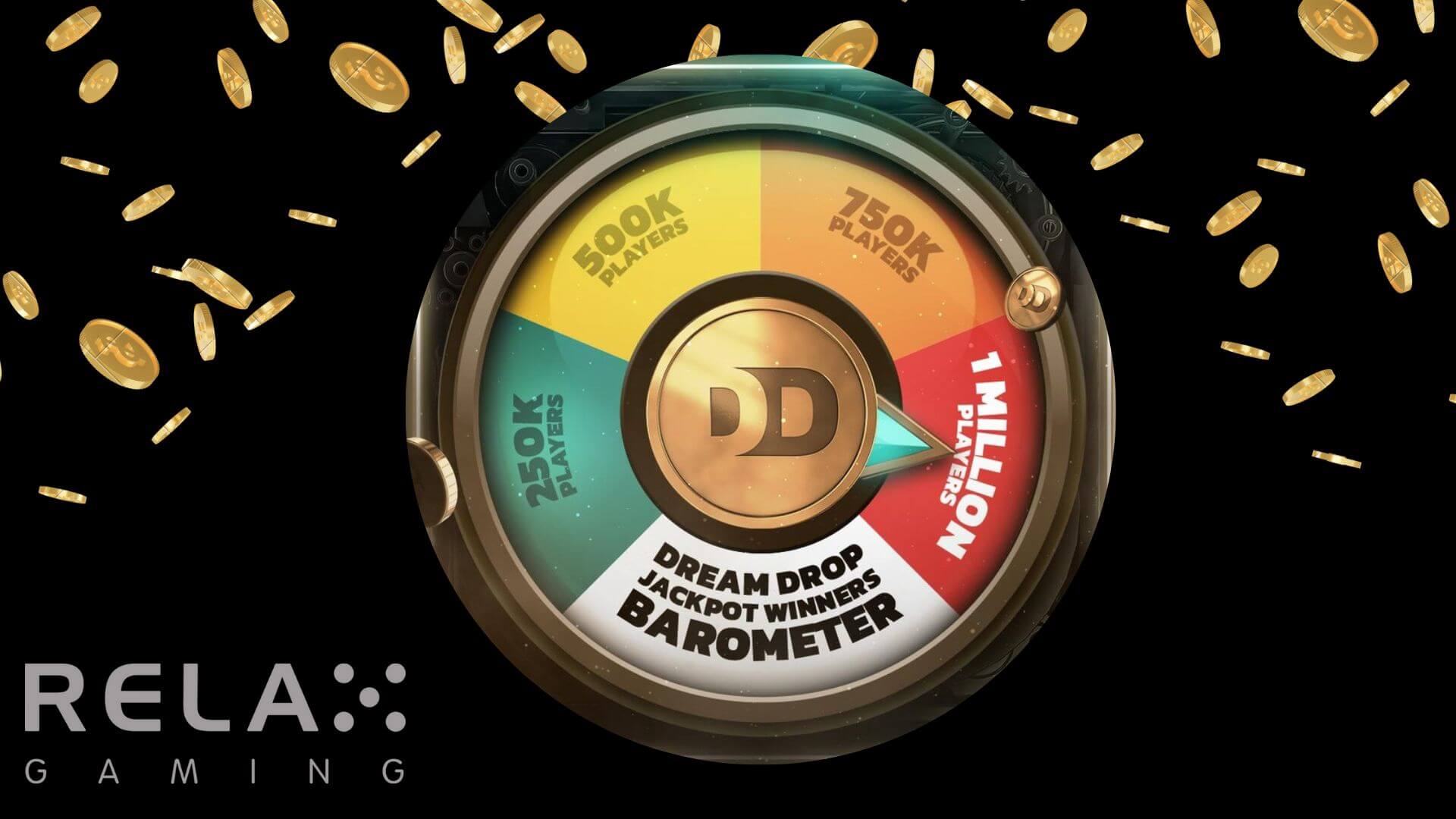 Back in May 2022, Relax Gaming unveiled its progressive jackpot feature “Dream Drop” that aimed to revolutionize jackpot slots. The feature brings five tiers of guaranteed jackpot alongside the regular base game.

Ever since the release, Dream Drop slots have paid out 4 Mega Jackpots and over 1 million jackpots to players across the globe.

Over 1 Million Players have Won Jackpots from Dream Drop Slots

Earlier this week, Relax Gaming announced that since Dream Drop’s release, a million players have won a jackpot. The provider achieved this milestone about 6 months after the progressive jackpot feature was introduced.

The 1 million jackpots are a combination of all the jackpots, that is – Rapid, Midi, Maxi, Major, and Mega.

“Hitting the 1 million-winner mark, along with 4 Mega and 41 Major jackpot drops, represents more than simply reaching a commercial target, it’s a demonstration of fairness, integrity and the best testimony of our efforts we could have hoped for,” Relax Gaming stated in their announcement.

Just before the provider announced the 1-Million milestone, a lucky player bagged a Mega Jackpot. This is the fourth Mega Jackpot that has been paid out since the release of the jackpot feature.

Overall, Relax Gaming seems to having quite a happening year. The provider bagged multiple awards this year, including Casino/Slots Developer of the Year at the SBC Awards, Best Game Provider at the AskGamblers Awards, and Best Mobile Gaming Software Provider at the EGR B2B Awards.