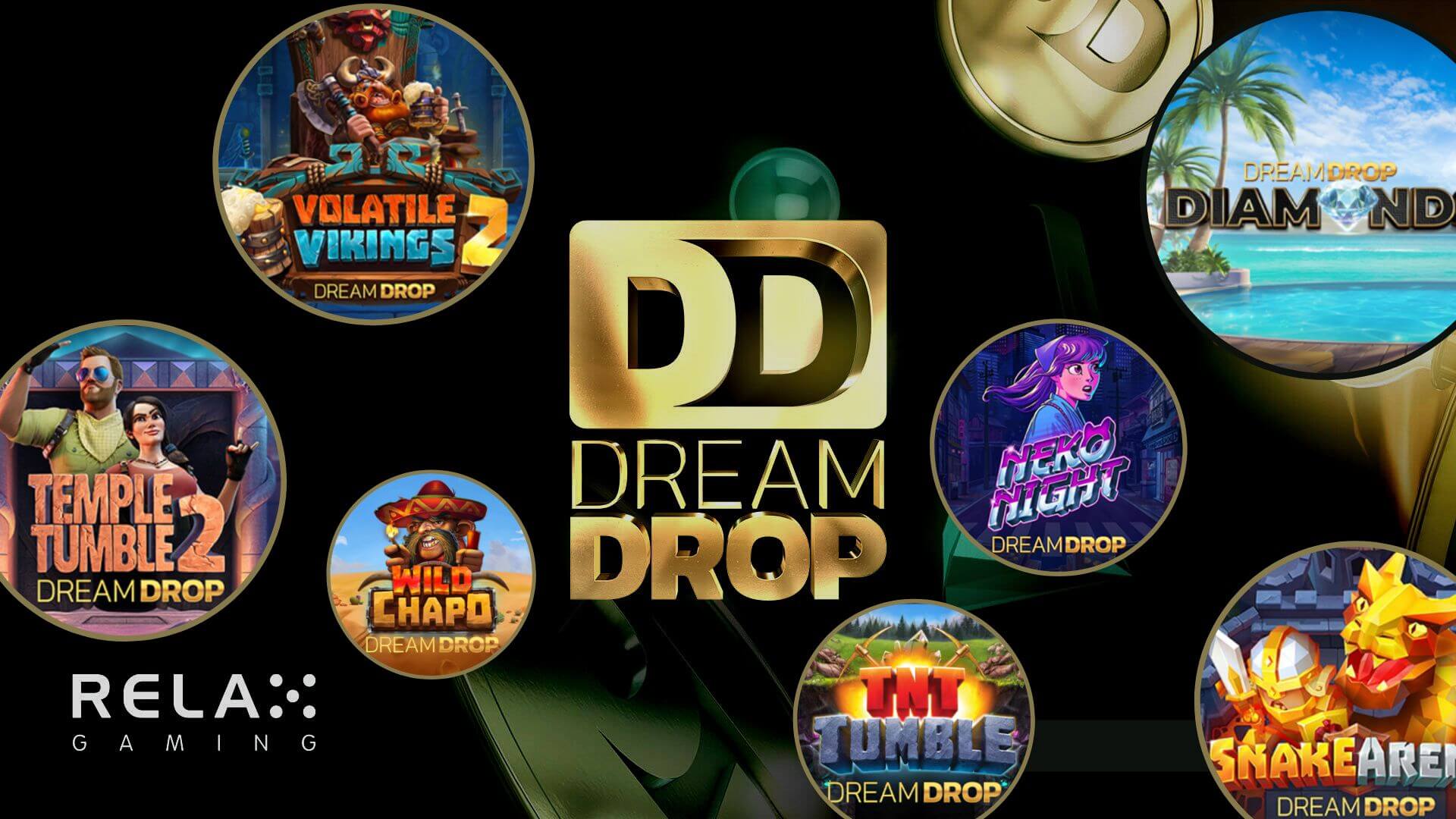 Relax Gaming, the creator of action-packed slot games like Money Train and Money Cart, had unveiled a new jackpot feature ‘Dream Drop’ in May this year.

While the prospects of guaranteed progressive jackpot are tantalizing in itself, Relax hyped it further with a €1 million campaign. With the million Euro campaign, Relax made sure that the Dream Drop release made noise.

What is the Dream Drop Feature?

Powered by Relax Apex, Dream Drop is a progressive jackpot mechanism with five tiers – Rapid, Midi, Maxi, Major, and Mega. At each tier, players get a guaranteed win. With each tier, the reward increases by €500,000, and it’s capped at €10,000,000.

Since May, Relax Gaming has been on a spree – the developer has released the feature into many of its iconic titles. The first slot game to feature Dream Drops was Temple Tumble 2, the successor to the original hit Temple Tumble.

Simon Hammon, the CPO at Relax Gaming, had commented, “This is without a doubt one of the biggest product launches that Relax Gaming has ever announced. We’re incredibly proud to enter the jackpot space with a highly unique product, underpinned by our strong technology and commitment to drive differentiation.”

With that being said, the Dream Drop feature is live in numerous markets. However, Germany, Italy, Spain, Ontario, and Romania are an exception.

During the announcement and the subsequent releases, it was mentioned the Dream Drop would be a feature in multiple games.

At the moment, Dream Drop games that are live are:

The latest addition is the Dream Drop Diamonds, which was released on October 5th, making it the 7th title with the new jackpot feature.

The New Dream Drop Feature has Paid Out Jackpots Already

Since the launch, three jackpots have been paid out. Just six weeks after Dream Drop’s release, a player won €997,779.17 on Snake Arena Dream Drop through Videoslots.

Shortly after this, another player won €924,386.51 on Temple Tumble 2 Dream Drop while playing at White Hat Gaming.

Recently, a third Dream Drop jackpot was paid out when a lucky player won €1,486,291.47 on Temple Tumble 2 Dream Drop. The Ireland-based player won the jackpot at BetSafe, a part of the Betsson Group.
So far, it looks like the Dream Drop slots are proving to be popular. After all, during the launch, Daniel Eskola, the Deputy CEO at Relax Gaming, did say that, “The reception and feedback we’ve received from operators so far has been phenomenal, and we have high hopes that this launch could be the future of jackpots”.

Apart from the Dream Drop, Relax Gaming has rolled out Money Train 3, the newest title in the Money Train franchise. Apart from that, we also have some great picks for Progressive Slots.

You can check all the exciting slots by Relax on our top-rated online casinos.